Most dark fantasy epics or high fantasy have an assortment of magic systems, languages, and even fighting arts. But what about weapons? What could be better than having a sword that could blast through walls, set fire to enemies, and be destined to only you? Nothing really.

Yet some weapons in dark fiction can be just as hazardous to their masters as fighting dragons or evil sorcerers. Power, in most cases, comes with a steep price.

In fantasy, there are weapons that not only give their owners immense power but also promise an even greater dominance, whether it be to slay others continually or control them to the point of full possession.

Hearing this SHOULD make anyone wary about swinging around a sword.

Here are some weapons in fantasy that might be even more formidable than their masters! 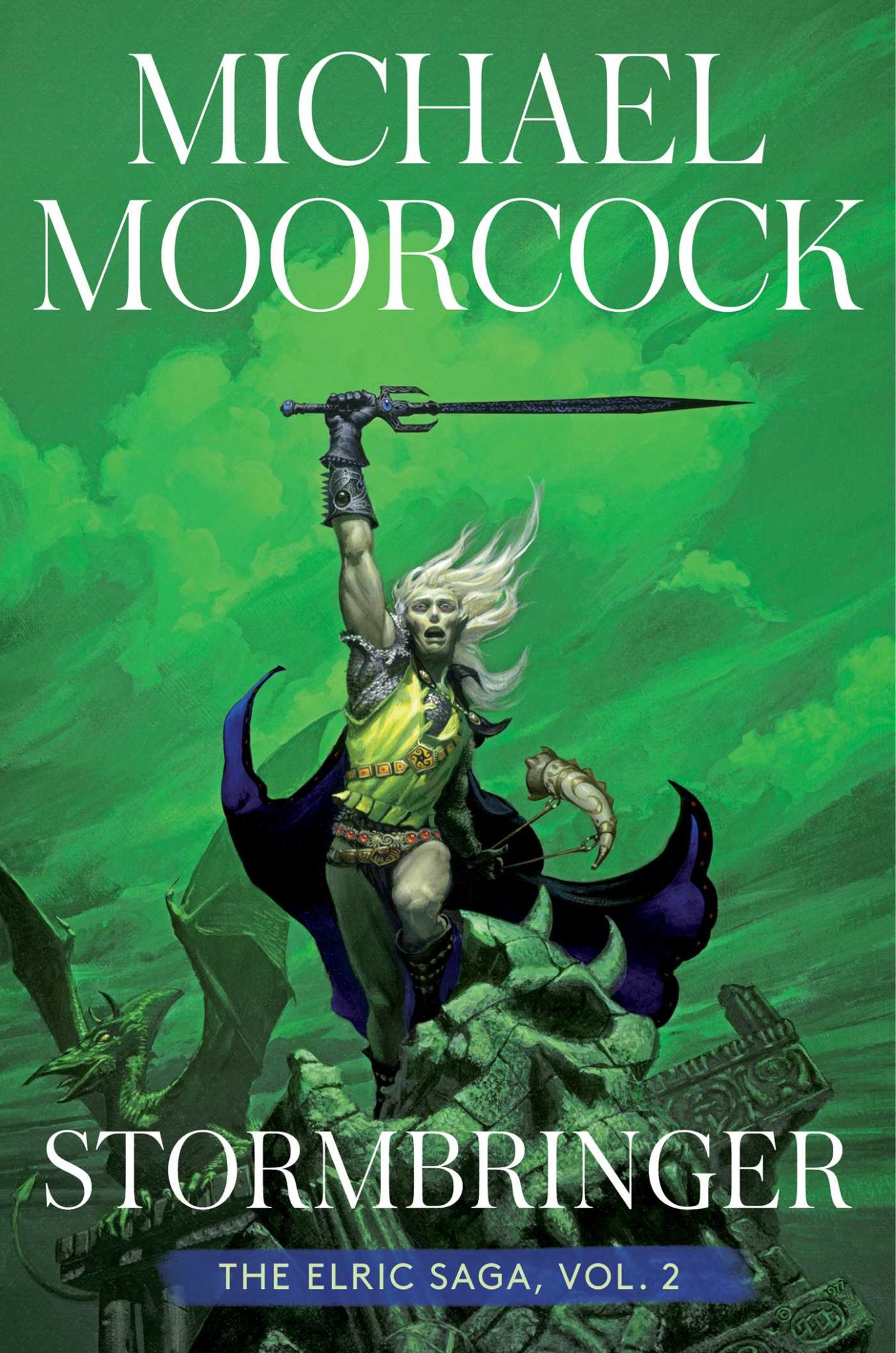 This black runesword was created by the forces of Chaos with black, flesh-like metal. It belongs to the albino emperor Elric of Melniboné. Whenever this sword is drawn, it causes evil deeds staying true to Norse Mythology origins over cursed swords.

The sword might not only be foreboding but the unsettling fact is that the sword seems to scream in battle and is in fact proven to be alive and self-aware. And those that meet their end with it have the unfortunate fate of having their souls leached out of them.

2. Daubendiek, the Great Sword – from The Swordbearer by Glen Cook 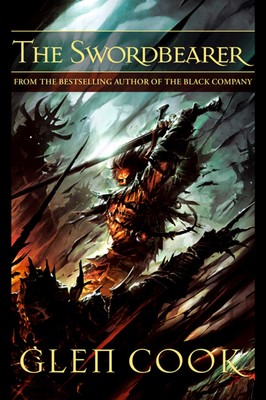 After the death of his family, Gathrid takes refuge in a cavern to hide from the hunting Dead Captains. There he discovers an ancient sword called Daubendiek. This weapon is from legend and is said to have been wielded by a tragic hero Turek Aarant.

This blade also has a bloodthirst, promising Gathrid vengeance for his loss. As he begins to enact revenge on his enemies he begins to see the terrible price the sword asks of him.

The sword could be considered vampiric with its tendency of devouring the souls of those it slays, much like the previous weapon, but this sword also allows knowledge of the victim to be transferred into the sword-bearer.

The worst part is that the sword tends to take over the sword-bearer now and then, slashing at anything near enough that it can slice. Turns out being a legendary swordsman isn’t all that it’s cracked up to be.

3. Dragnipur – from Malazan Book of the Fallen by Steven Erikson 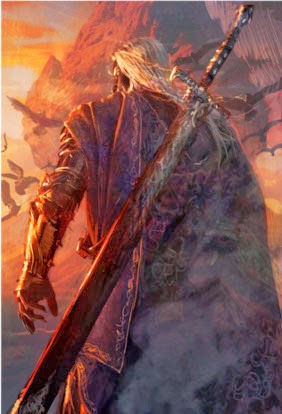 Said to be the Gate of Darkness, also known as the bastard sword with a blade so dark no light could escape, Dragnipur was forged from every metal in the universe after Mother Dark’s abandonment of her own people the Tiste Andii, forcing the Elder God Draconus to preserve Darkness for her people.

This blade not only contains Darkness but must remain in constant motion to elude the hands of Chaos that seeks to destroy it. This constantly moving cart is fed by souls, added to its motion after they are expended.

Dragnipur is much like the previous two, though it doesn’t need a master in order to use its power.

4. Snaga – from Legend in the Drenai series by David Gemmell 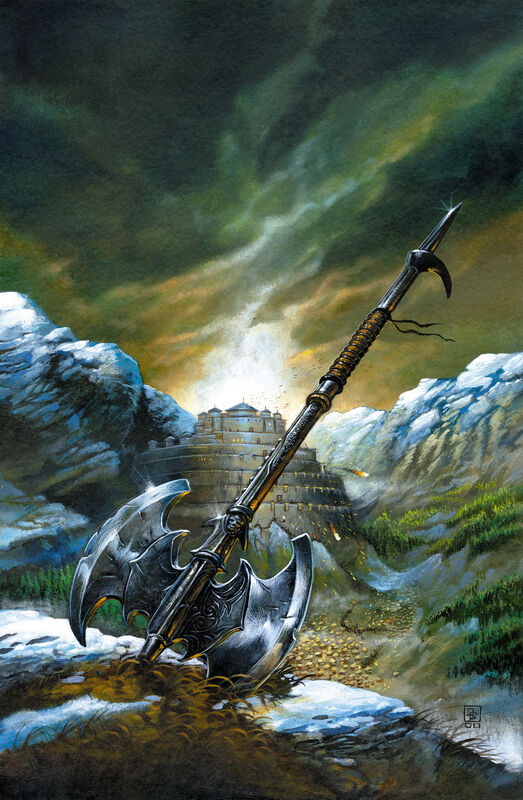 Snaga is a battle axe, though labeling it only as such is a severe misnomer. This weapon can and will corrupt those who wield it, transforming them into bloodthirsty killers, even if they initially picked up the axe without the intention of attacking with it.

The huge issue with Snaga is that inside it houses a demon. Though the wielder may not want to kill endlessly, the demon inside might have other plans. For example, there is a moment when Snaga tries to kill a priest that had offended it, nearly slipping from Druss’s grasp to get at him.

5. Callandor – The Wheel of Time series by Robert Jordan 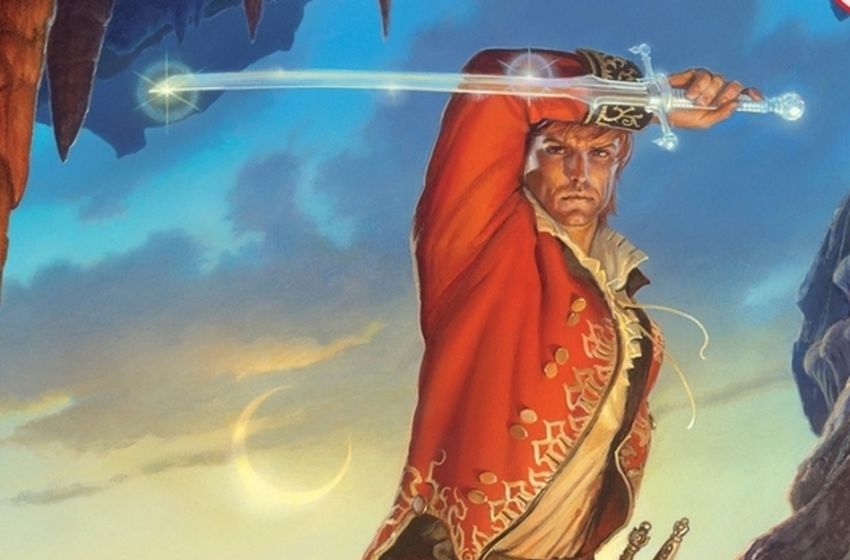 Callandor is a crystal sword that looks like it’s made of glass. Rand al’Thor wields this weapon, allowing it to augment his own power, tapping into all his potential that goes beyond mortal men. This blade is so powerful and foreboding that an entire fortress was built in order to protect it.

Every time he wields it, Rand risks being corrupted. Unlike many weapons like it, this weapon has no buffer and allows the wielder unlimited power, even more than they can handle from the One Power.

Many of these weapons may have a personality or awareness of their own but oftentimes they require action from their bearers. Being cognizant, these weapons become the fighter’s personal obstacle to overcome in order to reach their full potential.

In these tales, demons and other dark forces control not only the land but also the means of defeating them. It is this darkness that I find huge interest and revel in. In order to defeat the monsters, we have to at first understand or use them in one way or another.

Speaking of darkness and gory weapons, Raven Queen, Arise is my new grimdark, high fantasy book with TONS of vengeance, necromancy and more dark magic than you can imagine. Order it here.

This website uses cookies to improve your experience while you navigate through the website. Out of these, the cookies that are categorized as necessary are stored on your browser as they are essential for the working of basic functionalities of the website. We also use third-party cookies that help us analyze and understand how you use this website. These cookies will be stored in your browser only with your consent. You also have the option to opt-out of these cookies. But opting out of some of these cookies may affect your browsing experience.
Necessary Always Enabled
Necessary cookies are absolutely essential for the website to function properly. This category only includes cookies that ensures basic functionalities and security features of the website. These cookies do not store any personal information.
Non-necessary
Any cookies that may not be particularly necessary for the website to function and is used specifically to collect user personal data via analytics, ads, other embedded contents are termed as non-necessary cookies. It is mandatory to procure user consent prior to running these cookies on your website.
SAVE & ACCEPT

On a roughly weekly basis, I send out updates about my works, recommendations, exclusive giveaways & updates, the Temple of Vengeance Series, and other REEDish™ things. Make sure to subscribe for all the perks!

You have Successfully Subscribed!

By clicking submit, you agree to share your email address with me and Mailchimp to receive marketing, updates, and other emails from me. Use the unsubscribe link in those emails to opt out at any time. I will never sell your data. Read my Privacy Policy if you have any concerns.